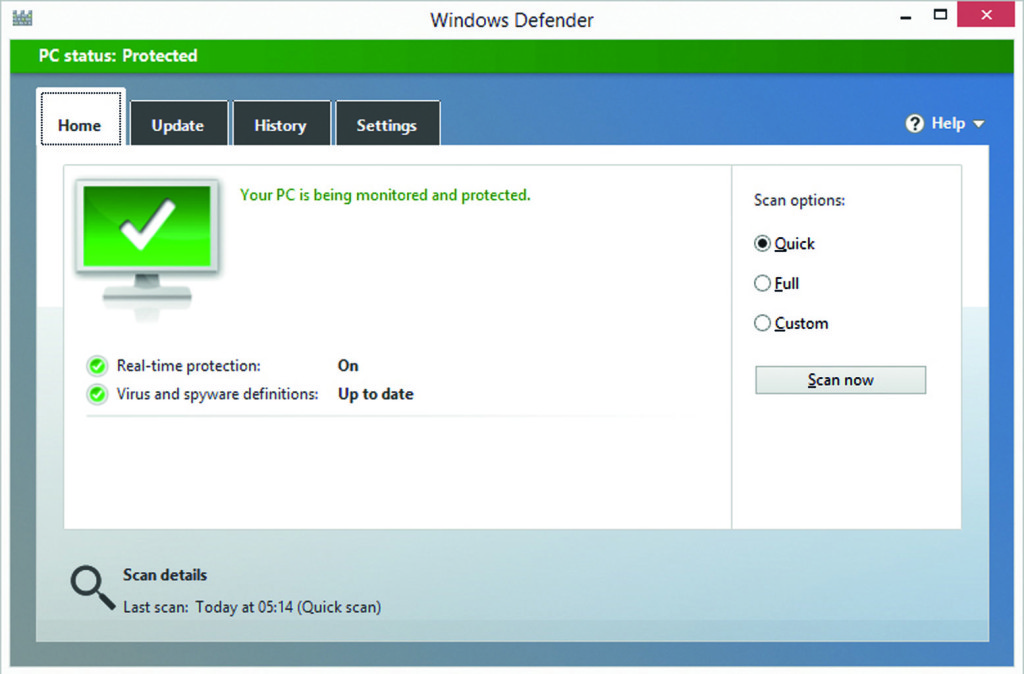 Windows Defender is a antivirus software product that strives to detect and remove malware.

At first, it was released as an antispyware program as a free download for Windows XP. It shipped with Windows Vista and now comes standard with Windows 10 with antivirus capabilities.

Windows Defender is an application that once installed, runs in the background and lets you know when you need to take specific actions.

One of the best features of Windows Defender, however, is the ability to use it anytime to scan for malware. Most people use this feature if their computer isn’t working correctly, of if they suspect a link online or on an email.

Windows Defender replaced Windows Security Essentials and is truly a great antivirus tool for a PC to have, but it’s only as good as you make it. The main reasons for frequent Windows Defender updates is that the program is essentially useless without them!

Whenever you update Windows Defender, definitions of known spyware and other potentially harmful software get updated on your computer.

As you should well known, spyware is continuously changing shape and being updated. Your computer must also be constantly updated so that it can recognize security threats.

A failure to update any type of antivirus software on a regular basis is unnecessarily exposing your computer to virus problems.

As with most antivirus protection programs, you can make it easy to install updates. Update your settings to download updates in the background or to remind you at a certain time each day to focus on downloading updates.

To get the most out of Windows Defender, don’t use it in addition to another antivirus program. In fact, Microsoft warns that if you want to use a different antivirus software from another provider, you should uninstall this program.

If it’s already too late and your computer has viruses, we can help. We offer both laptop and desktop virus removal solutions.

If you’re looking to prevent additional problems that could be caused by security threats, check out our previous article about the top 5 most common ways to get viruses on your PC.

At the end of the day, antivirus software will help extend the life of your computer much longer than without! Get in touch by calling (440)725-0642 or fill out our online contact form and we can help make sense of what’s going on with your computer right now, and how to protect it from further harm.