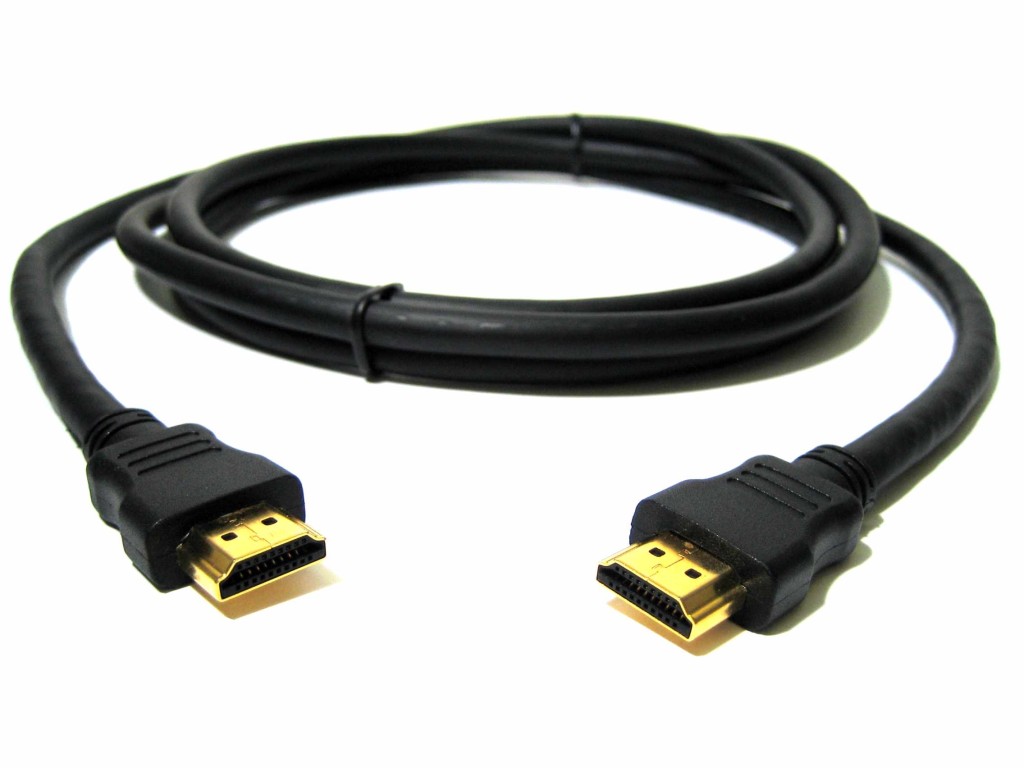 Are you confused by all the different display ports and options on monitors, TVs and projectors? It can be confusing when comparing VGA vs DVI vs HDMI resolution, but it doesn’t have to be!

Here’s a port by port breakdown explaining each type of resolution and a recommended application of use for each!

VGA vs DVI vs HDMI Resolution

We’re going to start by teaching you about HDMI Resolution, because quite frankly… it’s the best. HDMI broken down just means “high definition multimedia interface.”

Most modern TVs and PCs support this resolution. Furthermore, most products you would plug into a monitor of some type also support an HDMI connection. A few you might have could include:

The main reason why HDMI connections are considered to be the best is because they incorporate both display and audio through the same cable. It’s a familiar format that most people understand, which makes it popular among customers.

In recent years, HDMI standards have been upgraded. But don’t go out and buy new cables – you don’t need them! The HDMI standards upgrade is a part of the hardware itself and cables used with lower standards equipment will still work perfectly.

To summarize, HDMI is great for general use, but other cables can be good for other specific situations.

Do you have a TV with damaged connection ports? Contact us to get in touch and get it fixed!

DVI stands for “Digital Visual Interface.” It was considered to be the standard display format in 1999… quite awhile back in the technological revolution. DVI has multiple different modes, including:

Technically, the digital video signal passed through the cable is the same as HDMI.

The main difference between the two connection types is that DVI doesn’t support an audio signal and requires using a different cable in addition to the visual cable.

This helps to explain why it’s not something you would find on Bluray players or new HD TVs. You can, however, find it on projectors.

At this point in time, HDMI has basically replaced it, though it is good for computer monitors that lack speakers.

There are two types of connectors: dual-link and single-link. Dual-link connectors double the power of transmission with higher speed and signal quality.

VGA stands for “Video Graphics Array,” which is an analog, video only connection. You will rarely find this connection type on TVs, but can sometimes find it on projectors or old PCs.

The big tech companies (like Samsung) banded together to agree to drop support for VGA back in 2010. As such, there’s really no good use for this display type unless your PC or projector older and doesn’t support DVI or HDMI.

Do you still have questions about VGA vs DVI vs HDMI resolution or want to know what’s the best one to use for your specific purposes? Contact us online or call us at (440)725-0642 for more information!

Taking a look at your electronics, what are the most common connection types you can find? Share in the comments and see where you stack up amongst our other customers! 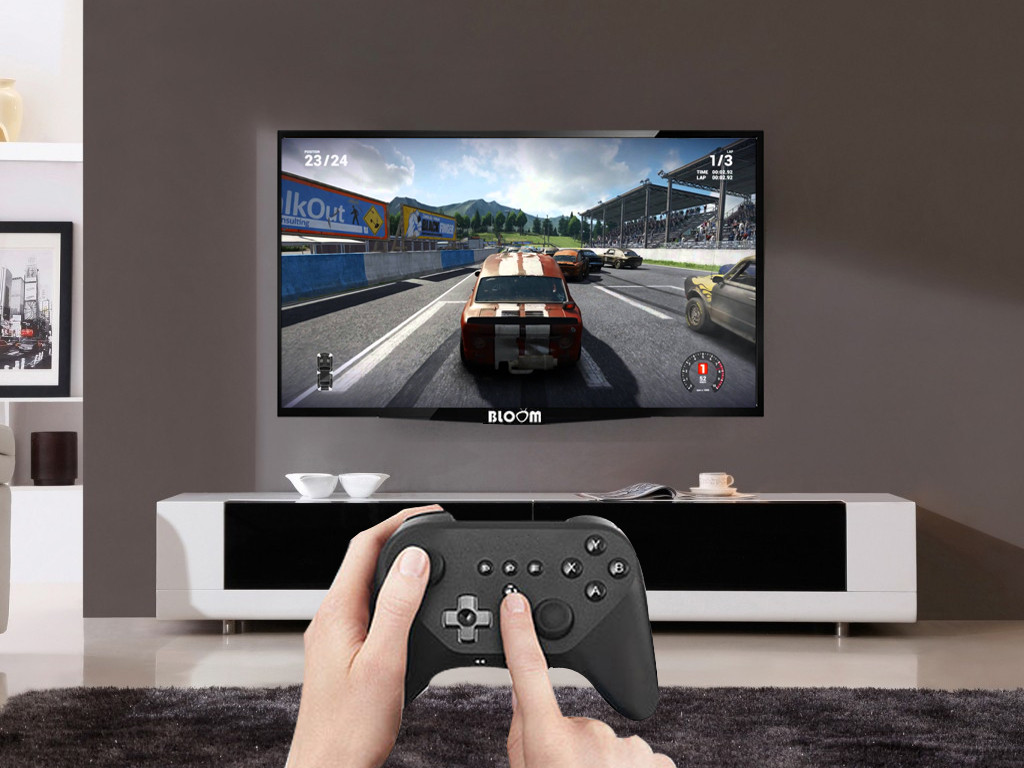 Since we recently started offering a TV repair service, we’ve heard one question over and over again… what’s the difference between LCD, LED and Plasma TVs?

If you’re a gamer, than you want to ensure that every part of your gaming experience is enjoyable. From a comfy chair, to snacks at the ready, and a headset equipped with a microphone (to scream insults at your opponents!), every detail makes a difference. So it makes sense that you’ll want to make sure that your perfect gaming experience is not ruined by a TV or monitor that doesn’t fit your standards. Let’s take a look at LCD vs LED vs Plasma for Gaming.

LCD vs LED vs Plasma for Gaming

The only difference between LCD and LED TVs is that LED TVs are just LCD TVs that use an LED backlight instead of a fluorescent one. LED-LCD TVs tend to have better contrast and more accurate colors than fluorescent-backlit TV models.

Since LED TVs use an LED backlight instead of fluorescent lighting, and are the most energy efficient and consume the least amount of power. Gamers tend to prefer LED backlighting because the lighting is much more even and consistent across the screen. In terms of definition, 1080p is a good standard for high definition.

Plasma has the best quality display when considered against LED and LCD TVs, and tend to outperform LED and LCD TVs in many tests. The main difference for Plasma TVs is that Plasma TVs have deeper black levels, which make for better contrast. They also don’t have motion blur and limited viewing angles typically associated with LCD TVs.

The biggest problem with Plasma TVs is that they tend to retain images longer than LED or LCD TVs. Newer models have fixed most of this problem. However, older models have images that can leave an imprint for hours – not always ideal for gamers worried about lag. Speaking of which…

The Problem with Lag

Response time, also known as “lag,” is important to gamers, and can mean the difference between living and dying (in the game at least!). Gamers measure this delay in milliseconds, for online games and Twitch, which require very timely collaboration for an enjoyable gameplay experience. Check out CNET’s guide to the Best Low Lag HDTVs for Serious Gamers to get an idea of what TV models are appropriate for gamers.

In terms of pricing, Plasma is the newest technology, and is therefore the most expensive. From there, LED is cheaper than LCD. You can get a basic understanding of pricing between models considered to be the best for gaming from Tech Radar.

What TV or monitor you decide to use for gaming will ultimately depend on how much you enjoy gaming, and the associated cost of the models you’re considering. For the best experience, with money not an issue, choose a Plasma model. On a lower budget, you’d still have a great gaming experience using and LED TV… not to mention, the cost savings add up with it’s energy efficiency on your monthly electric bill. So what will you choose between LCD vs LED vs Plasma for gaming? 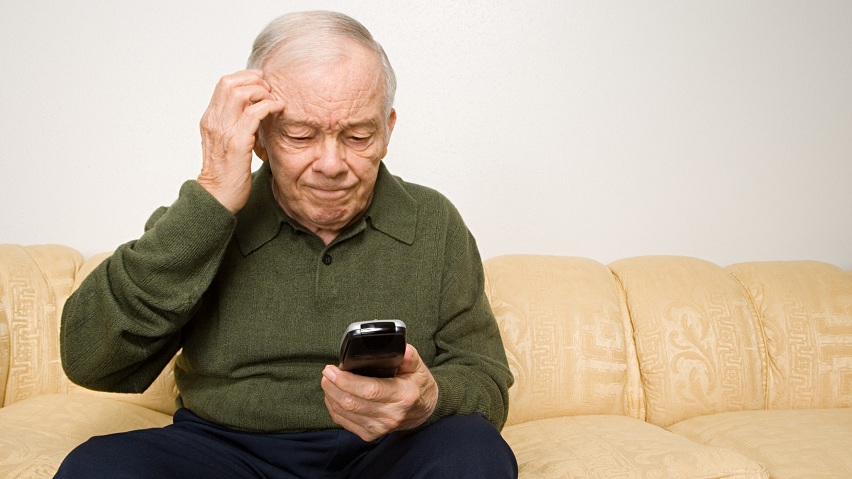 At Target PC Inc, we see our fair share of electronics in need of repair. In addition to smartphones, tablets and laptops, we also specialize in the most common TV repairs.

If you are experiencing an issue with your television, you may – in some cases – be able to correct the problem yourself. In this short post, we will review a few of the most common TV repairs we do, and what you can try on your own before calling us.

If the problem persists, don’t let it concern you. The most common TV repairs are often simple and inexpensive for us to do for you.

Let’s begin by looking at some common display issues.

“There is a vertical or horizontal line in the center of my screen!”

If you experience a line or several lines in the center of your display, the single most common cause is something you can easily fix yourself.

Begin by checking all of your input cables. Display issues such as unwanted lines are often causes by loose inputs. Ensure everything is plugged in tightly.

If the problem persists, cycle through channels and switch to different video inputs. This will help to isolate the problem. If that line only appears on a certain channel or when using a certain device, there is likely nothing wrong with your TV.

Other common causes include dead pixels on your TV display, or loose connections or wiring inside the TV itself. Both of these issues can be repaired.

A common sign of loose wiring is if the line on your display changes when the TV is moved.

“My television isn’t producing any sound!”

Issues with audio are often caused by the problems affecting your display… as described above, begin by checking that all inputs are connected tightly.

Next, cycle through channels and different connected devices to see if the problem can be isolated to a single input. If you find that a single device is not producing sound, such as a DVD player or a video game console, there is likely nothing wrong with the television itself. You may be able to regain audio simply by switching the audio input to the device you are currently using.

If everything is properly connected, and none of your audio channels or inputs are producing any sound, it is time to explore the possibility that something may be damaged inside your TV.

It could, of course, by a wiring issue. But in most cases, especially if the TV has had power problems, it may be the result of damage to the internal speakers.

“My TV refuses to turn on!”

Although this may sound obvious, most power issues relating to televisions are the result of a power outage.

Are other electronic devices working in your home?

Did a circuit breaker snap off?

Did a power bar switch off?

If everything is working as it should, attempt to unplug the television and plug it back in. For best results, plug it directly into the wall rather than a power bar or extension cord.

Did this solve the problem?

Is the power cable securely plugged both into the TV and into the wall?

Also, are you attempting to turn on your TV from the unit itself rather than a remote? Remember that the issue could be with the remote itself, or the remote may simply be in need of new batteries.

If your TV still will not power on, it is possible that you have a loose power connection, or the fuse inside the TV has burned out.

If you live near Cleveland, Ohio, this would be a great time to contact our team of professionals at Target PC Inc. We can quickly diagnose the problem with your TV, and then give you an estimate to repair it back to working order.